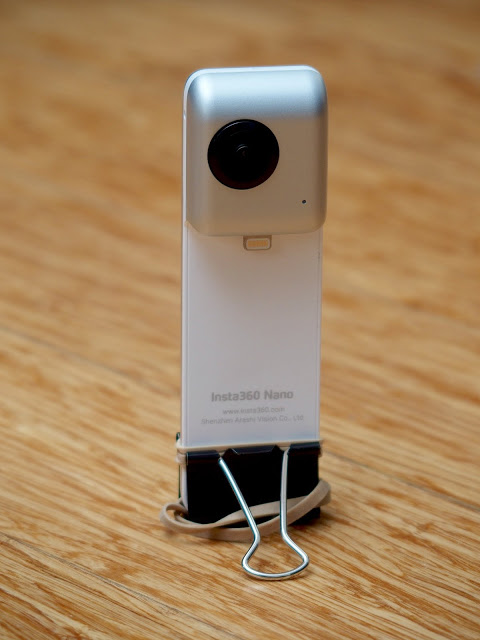 The Insta360 Nano (reviewed here) is a 360-degree camera for the iPhone.  It has good image quality for a casual 360 camera.  However, one of its disadvantages is that it has no 1/4-20 tripod socket.  Insta360 has promised a tripod adapter which has been shown in some demos, but the adapter is not yet available.  In the meantime, I made my own tabletop tripod / stand for the Nano.

The DIY stand allows the Nano to stand by itself or with the iPhone. 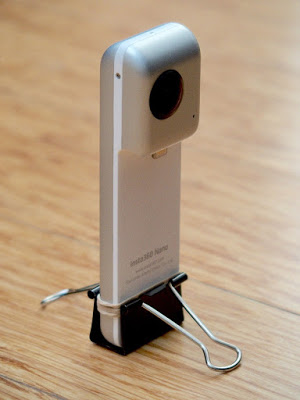 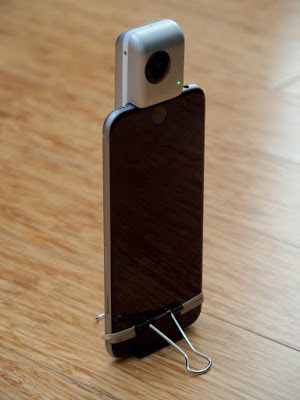 It consists of nothing but a medium binder clip, and rubber bands. The rubber bands add friction so that the clip won’t be easily pulled off, and they also protect the surface of the iPhone and the Nano. 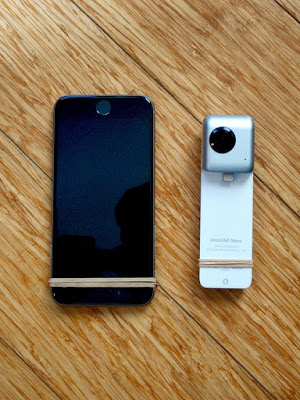 The rubber band has an incidental benefit of acting like a grip on the Nano when using it handheld, so I have been leaving it on the Nano.  It doesn’t prevent me from inserting the Nano into the iPhone.  For the iPhone, I keep the rubber band with the clip when it’s not being used.
For videos, I just trigger the shutter on the Nano or on the iPhone to start recording.  For photos, I attach the Nano to the iPhone so that I can trigger it remotely with a Bluetooth remote.  Insta360 has said that they will add a self-timer to the Nano.  I’m hoping the self-timer works like that of the Theta, so that I would be able to use the Nano even without the iPhone.
If you’d like to purchase the Nano, it’s available from Amazon.

UPDATE: There is a third party tripod adapter that can work with the Nano.

This is the Developers’ Most Preferred AR / VR Platform
DEALS: GTX 1060 and RX 480 in stock at B&H
Comment