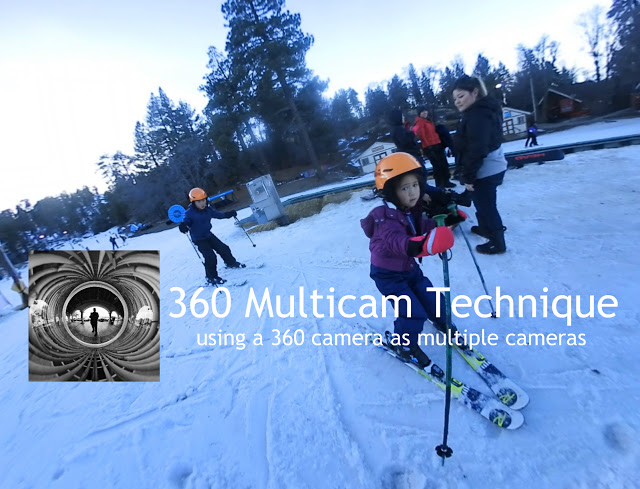 You can use a 360 camera to simulate several conventional cameras for a multicam video that looks like it was shot by a whole camera crew.  Here’s a sample, and here’s how to do it.

360 videos are designed for viewing in 360 but they don’t necessarily have to be used that way.  You can use a 360 camera as if you have several conventional cameras with you, switching the point of view as needed to produce a conventional non-360 video.

Here’s a sample video that uses this technique.  Sorry it hasn’t been color-corrected, and it’s very shaky (I did order the Guru 360 gimbal which I hope to use next time), but the video illustrates the concept of this “360 Multicam” technique:

Anyway, to use this technique, you need:
– a 360 camera
– Insta360 Studio or another 360 video editor that can export the 360 video as a non-360 video.  You can also use Magix Video Edit Pro Plus 2017 or Cyberlink PowerDirector 15.
– a video editor with multiple tracks (ideally with a multicam editing mode).  B Magix Video Edit Pro Plus 2017 and Cyberlink PowerDirector 15 have multicam capabilities.

Here are the steps:
1.  Use your 360 camera to capture a 360 video.
2.  Use Insta360 Studio to create a non-360 video with a consistent perspective (e.g. following a particular person).  Repeat as needed.  In this case, I created a perspective to show my son, another for my daughter, and another for myself (three videos in all).
3.  Open all the videos in your multi-track editor as separate tracks.  I used Magix Video Edit Pro Plus 2017, which has a multicam editing capability.  Cyberlink PowerDirector 15 also has multicam editing.
4.  Switch between the videos as needed.  This is easy with a multicam editor, but requires patience with a video editor that doesn’t have a multicam editor.  Here is what the end edit looks like: 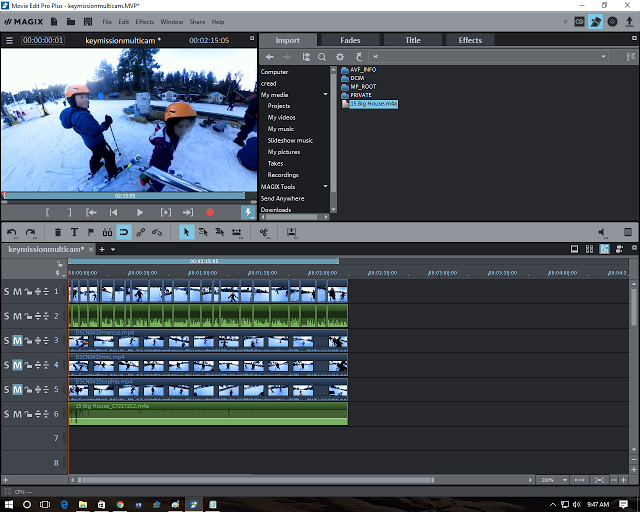 5.  Save the edited video and publish.  Boom!

I plan to use this technique more often in the future as a way of encouraging non-360 camera users to use 360 cameras.  (BTW, I personally haven’t seen this technique used before — I just thought of this myself, but I’m not at all claiming that I’m the first one ever to do it.)