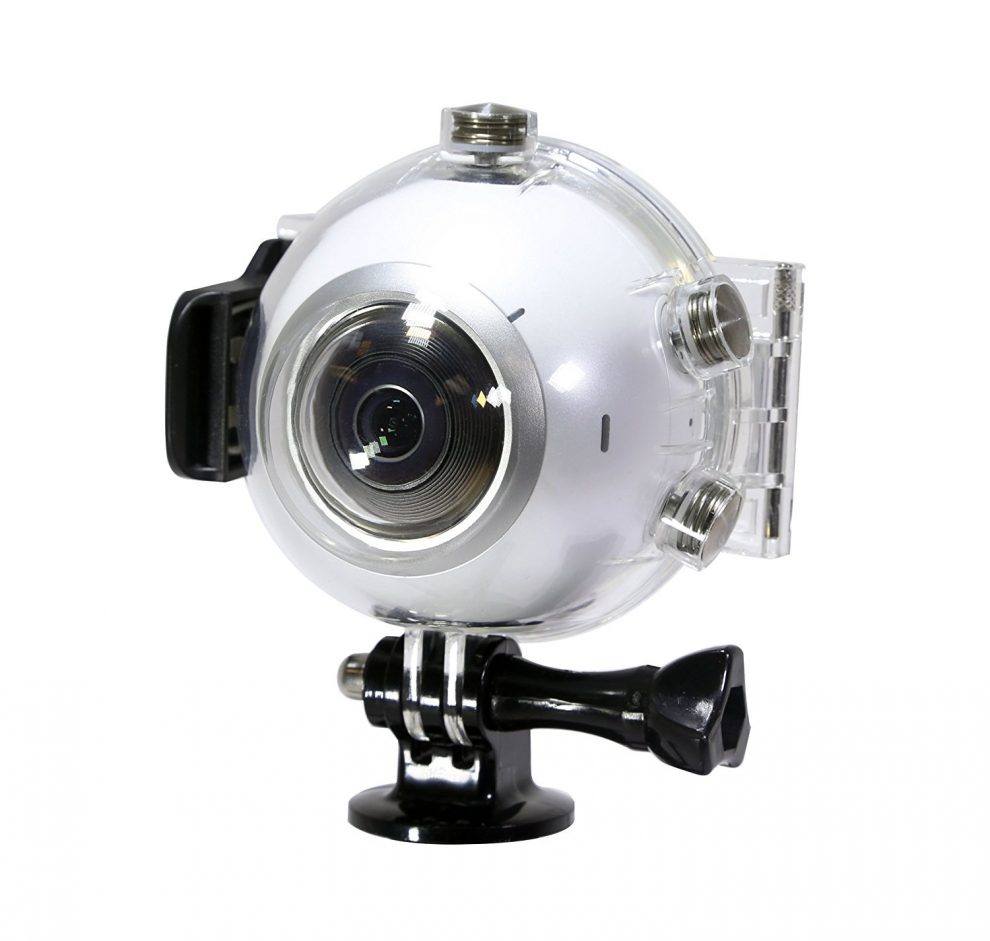 Last week I mentioned the Vidpro underwater housing for Samsung Gear 360.  I got it yesterday and there’s good news and bad news.

The good news is that the case has a bowl shaped lens on one side, which means that at least on that side, there will be less refraction, or maybe even none at all.   The other side has a cover that follows the general shape of the Samsung Gear 360.  I don’t know yet what the overall stitching quality will be like. 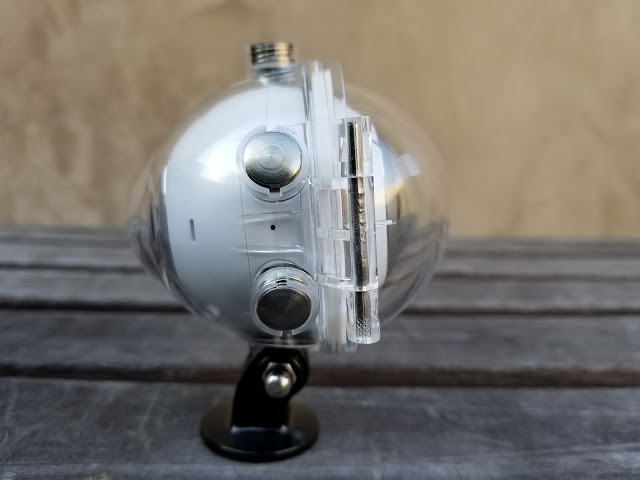 The case also seems to be truly watertight, with a thick rubber gasket around the cover.  The manufacturer claims a depth rating of 10 meters and that seems credible.

The Gear 360 fits inside pretty well.  The fit is slightly loose, but your camera won’t be jiggling around in this.  I can operate the camera while it’s enclosed in the case thanks to the buttons on the case.

Unfortunately, the housing has a weak point, which is the clasp that holds the case shut.  The very first time I tried to close the case, the clasp broke off. 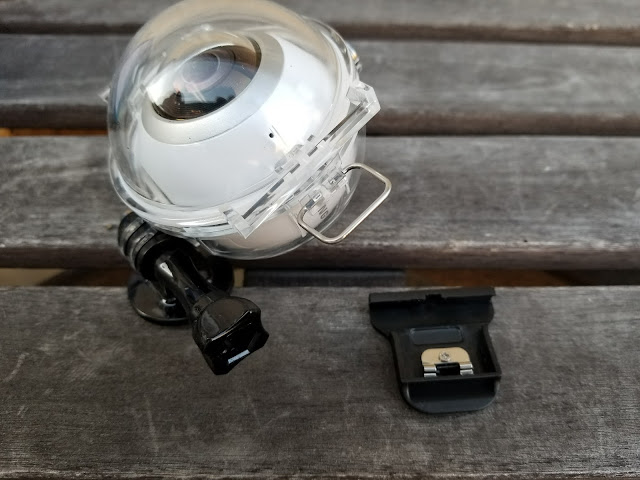 Apparently, the hinge is being held a small metal piece (you can see it above), and the metal piece is fixed onto the plastic clasp using only a very small screw.  The screw is drilled directly into the [relatively weak] plastic instead of a metal thread, which means it is pretty easy for the screw to be pulled off from the plastic.  In my case, the metal piece could not hold the hinge as I closed the clasp, and the metal part popped off. 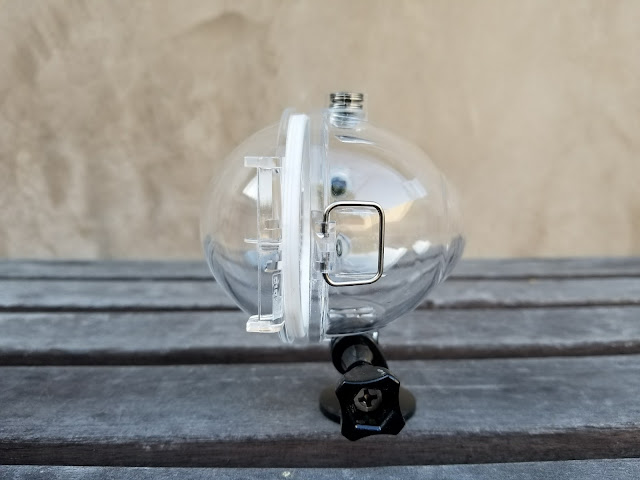 Etienne Leroy (of V360 video editing app) also got his case, and he was able to close the lid, so it made me wonder if I just got a lemon.  But it really comes down to the fact that the clasp depends on that tiny screw to hold the hinge, so I think what happened to me was not completely unexpected.

Because it is very inexpensive and because this is one of the very few underwater options for the 2016 Gear 360, I will re-order this item.  But just be aware that if you use this case, you need to be very careful with the fragile clasp.  The Vidpro underwater housing is available here and I strongly recommend getting it from Amazon because there’s a good chance you’ll need to return or exchange it.