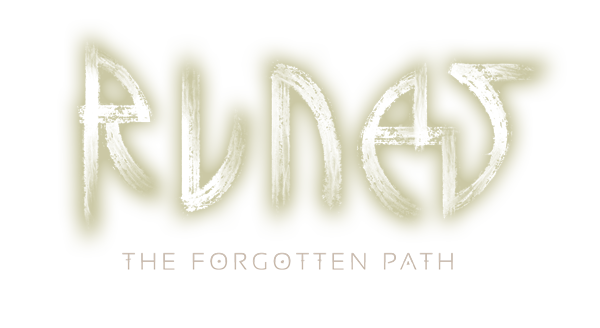 One of the biggest technical problems for VR as identified in the recent VRDC survey is locomotion — designing a way for players to move in the virtual world that maintains immersion but avoids nausea.  An innovative hybrid solution will be implemented in the upcoming game Runes: the Forgotten Path.

Game developers for VR have to deal with additional challenges compared to non-VR games.  One of those challenges is locomotion.  If the player uses a controller to move around while seeing the world in the first person perspective, the body gets confused.  On one hand, it appears as though the world is moving, but there’s no physical feeling of movement.  For most people, this results in nausea and vertigo.
A common solution to locomotion is to use teleportation.  The player points somewhere, presses a button and is teleported to that location.  This avoids any nausea.  However, in many contexts, it is out of place and therefore breaks immersion.  In a WW2 game for example, there would be no reason a player should be able to teleport from one place to another.  It also makes battles more difficult to manage.  If two players are supposed to fight each other, but they can both teleport, then they would probably keep teleporting and neither one will be able to hit the other.
Stormborn Studio in Italy is developing a VR adventure game called Runes: the Forgotten Path.  Runes uses an innovative locomotion solution which the developers have dubbed the “Fourth Wall.”  It is a hybrid of the first-person and third-person perspective.  When the characters are moving, the game uses a third person perspective, which most users find comfortable, as in games such as Lucky’s Tale (Oculus Rift) and Herobound Spirit Champion (Gear VR). 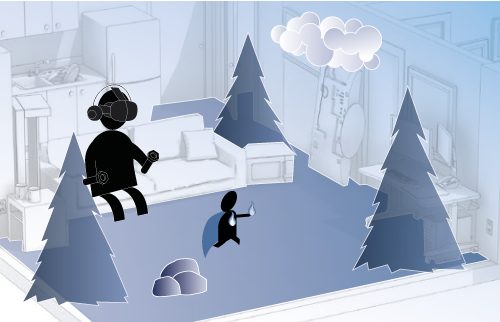 When the characters are in combat or are interacting with objects, the view switches to first-person, which, among other things, allows the player to use motion controls. 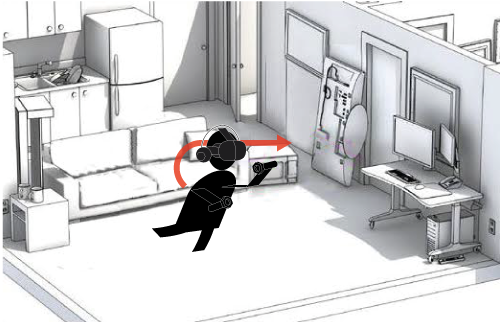 Here is a video showing the locomotion system:

I think this compromise is practical and I’m looking forward to experiencing this approach.  If it indeed works well, it could become a more common type of locomotion in VR games.