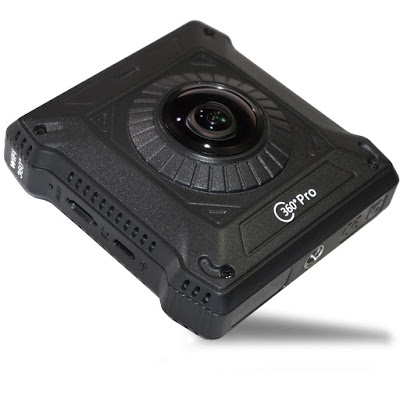 It’s good that it’s spherical and the distance between the lenses is very small, but I really don’t understand its resolution.  Equirectangular videos need to have a 2:1 ratio such as 1920 x 960.  This one has an unusual 5:4 ratio.  I’m not sure how you can view that.  The sensor is also tiny, which likely means that images will be noisy.

For the adventurous among you, it’s available on eBay from several vendors for as low as $99: 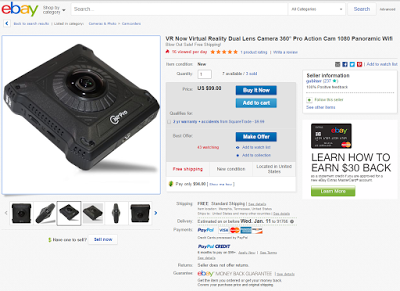 However, if you are merely looking for a low-cost camera, I would instead steer you away from this toward either the LG 360 Cam, the Insta360 Nano, the upcoming Insta360 Air, or even the Elecam 360.

CES 2017: Qualcomm Snapdragon 835 promises to bring AR and full VR to your smartphone
Bridge: a VR headset for the iPhone with roomscale positional tracking
Comment