Chinese companies have been following the VR trend and producing 360-degree cameras of their own.  One of the new VR/360 products from China is the Eyesir, a camera that is claimed to have 4k live streaming capability: 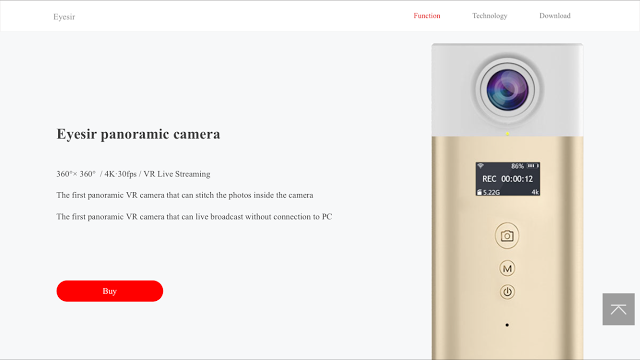 Eyesir is a fully spherical 360 camera with 4k 30fps video, with 4k live streaming capabilities.  The Eyesir stitches in realtime, unlike some cameras such as the Samsung Gear 360, which must be stitched during postprocessing.

It has a claimed 180 minutes battery duration, although it is not clear whether overheating would limit the recording time.

Its manufacturer Perfant claims that the Eyesir can do 4k VR live streaming “without connection to PC.”

Here is a link to the official page.

A huge thanks to reader Andre Pariente for spotting this and bringing it to my attention!