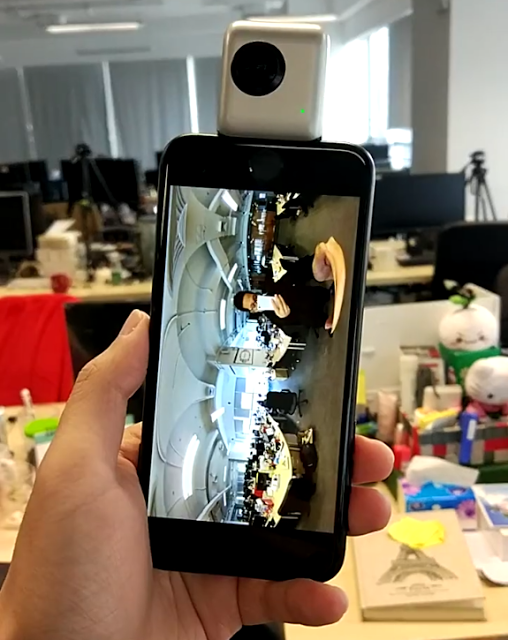 Insta360 announced that they will be adding software-based realtime image stabilization to the Insta360 Air AND Insta360 Nano (as well as the Insta360 Pro)!!!

I hate to use a cliche, but this is truly a game-changer and could make the Air and Nano the must-have cameras for 360 video.

360 videos need to have a level horizon for smooth viewing.  Without a level horizon, swiping to the left for example, could cause the video to appear tilted instead.  Moreover, when viewed in a VR headset, a level horizon is absolutely necessary to avoid inducing nausea in the viewer.

Insta360 has previously shown its software-based image stabilization technology and have announced that it will be included with Insta360 Pro, their 8k professional 360 camera ($3000).  They’ve also hinted at it in their Indiegogo campaign.

Insta360 has now confirmed that the image stabilization technology will be added to both the Nano and the Air.   Check out the link to the announcement, including a sample video!  As you can see the stabilization works for all axes – pitch, roll, and yaw.

More info:
– This feature only works if it’s activated during recording.  It cannot be used on videos that were already recorded previously.  Therefore at this time, there is no way to apply it to videos from 360 cameras from other manufacturers.
– This feature does work during live streaming.  Moreover, by stabilizing the horizon and the background, it allows for more efficient live streaming (conserving the available bandwidth).
– It appears that this feature requires the 360 camera to be attached to the phone.

THE SIGNIFICANCE OF THIS ANNOUNCEMENT
This is one of the most incredible developments in the 360 video industry. The demonstration appears to show that the stabilization works amazingly well for correcting all three axes (pitch, roll, and yaw). 360 video creators have always had a need for this feature.
– Skybox Mettle, a plug-in for Adobe Premiere Pro, has an image stabilization feature but it does not appear to be as robust as Insta360’s stabilization.  Skybox Mettle is $189 (in addition to the cost of Adobe Premiere).
– Facebook has added software-based image stabilization to 360 videos uploaded to Facebook but as you know, even Facebook’s stabilization has limited capability.
Because software-based image stabilization doesn’t work perfectly, 360 video creators have been using gimbals designed for 360.  360 gimbals for rigs and large 360 cameras cost around $2,000 each.  The Guru 360, a new 3-axis 360 gimbal for consumer cameras costs $300.

But in one fell swoop, Insta360 has solved one of the biggest issues in creating 360 videos.  Note also that the stabilization is REALTIME – there’s no need to process the video.

RELATED POST
Guru 360, a stabilized 3-axis gimbal for 360 cameras
How to level the horizon in your Insta360 Air photo or video