You can now use 360 videos for Google Street View.  I haven’t tried it myself so I don’t know exactly how it works.  But I got a popup message on Street View saying, “You can now take 360 videos while driving.”  It says, “Connect a 360 camera, then tap the camera button and press ‘video’. 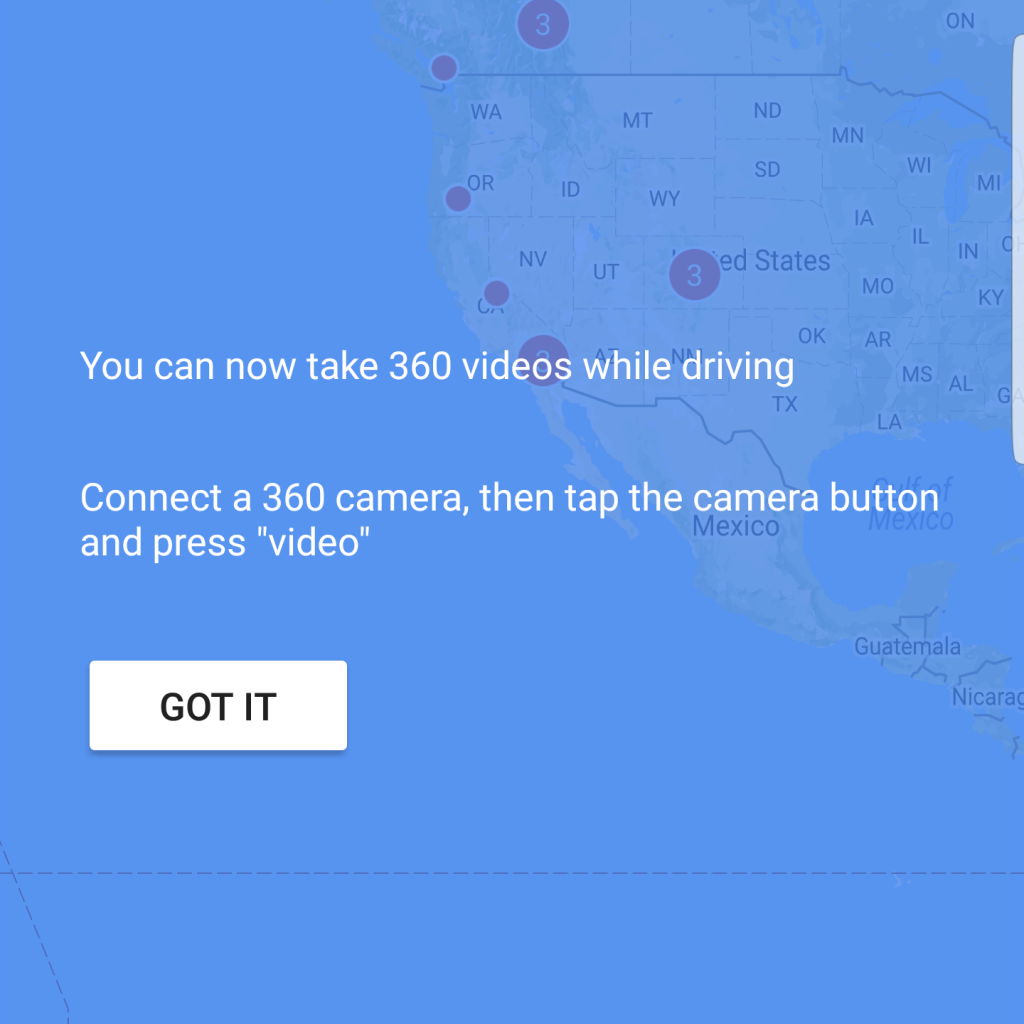 I tried this with a Ricoh Theta V and Yi 360 VR, and neither worked (the Yi 360 VR was able to connect but the only options I saw were photo and interval).

In any case, I speculate that Google may be developing technology to convert 360 videos into 3D models, similar to the demo by Institut Pascal.  Again, that’s just speculation at this point!  How about you?  What do you make of this update?

Thank you very much to Jim Jensen of Google+ Photo Sphere community for sharing this info!