Kandao has just announced the launch of the Obsidian GO, an affordable professional 4K 3D 360 camera.  They also finalized the official price for the Obisidian S and R, and posted a demo of a 360 photo with 6 degrees of freedom.

Here is a sample 4K 3D 360 video from the Obsidian GO.  To see it in 3D, you should view the video using your smartphone, and click on the Google Cardboard icon.

As you can see, the video is very detailed and has excellent dynamic range. Here is a sample photo.

Kandao Obsidian GO is available for preorder directly from Kandao for $2,499, making it one of the most affordable professional 3D 360 cameras.

Kandao also announced the new official price for the Kandao’s flagship models, the Obisidian S and Obsidian R, which will be $6,999 each.  The Obsidian S takes very smooth high speed videos (up to 4K 3D in 120fps, or 6K 3D in 50fps).  The Obsidian R specializes in high resolution videos (8K 3D 360 @ 30fps, or 4K 3D 360 @ 60fps).  The price includes Kandao’s sophisticated stitching software (see below for more info).  For more information about the Obsidian S and R, please see this post. 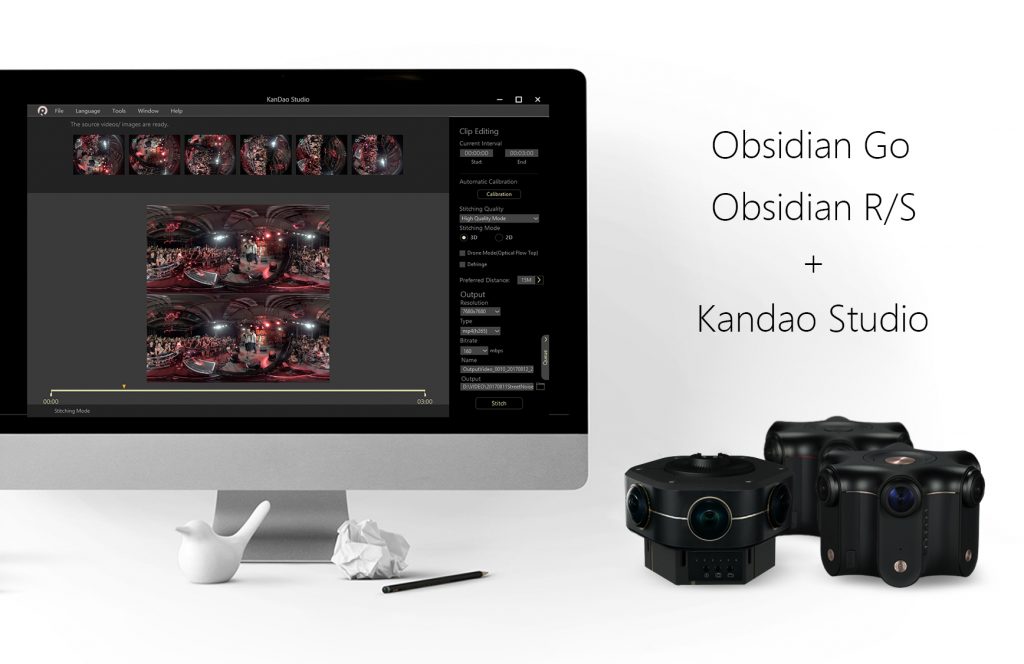 There are many professional 360 cameras with similar prices as Kandao’s line up.  To me, one of the things that makes Kandao different is their software, Kandao Studio, which is depth-aware and uses AI.

Besides stitching photos and videos, Kandao can generate a depth map, which can be used for special effects, such as this 360 video demonstrating 6 degrees of freedom from a 360 photo:

What do you think of Kandao Obsidian GO?  How about the price of the Obsidian S and R?  Let me know in the comments!