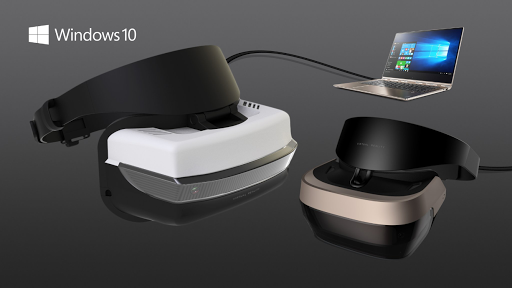 At today’s #MicrosoftEvent , Microsoft announced their own VR headset which has inside-out positional tracking, providing six degrees of freedom without external sensors and a price as low as $299.

The theme for today’s #MicrosoftEvent was “3D for Everyone.”  Microsoft made several announcements for sharing, experiencing and creating in 3D.
MICROSOFT’S VR HEADSET
Currently, there are two types of VR headsets: there are desktop headsets such as the Oculus Rift (impressions), HTC Vive (reviewed), and Sony Playstation VR (reviewed), and there are mobile headsets such as the Samsung Gear VR (reviewed) and Google Daydream (announced).  Desktop VR systems have positional tracking with 6 degrees of freedom — they enable you to stand up, crouch, or walk around in VR.  However, these systems all rely on external sensors.  Mobile VR systems don’t need external sensors but they only track your head movement.  Walking around has no effect.
Microsoft announced their own headset that will have positional tracking like the current desktop VR systems but without the need for external sensors.  However, the headset is still tethered to a PC.
Without external sensors, there’s no need for setup, but more importantly, it makes it possible to have a larger tracking area.  With the Playstation VR, for example, tracking is limited by the tracking camera’s field of view.  If you move even too high or too low, it loses its tracking.  The HTC Vive can track an area of up to 15 feet by 15 feet but requires the user to setup two laser-emitting base stations at opposite corners of the tracking area.  Microsoft’s inside-out tracking would allow you to have 6 degrees of freedom with an area potentially as large as your available playing space without the need for setup.
Microsoft said that the VR headset will be by its partners: HP, Dell, Lenovo, Asus and Acer, and will be “Coming in 2017.”  I suspect that this means closer to the end of 2017, because they have every incentive to announce an early availability, so if it were to be available early in 2017, they would have already said so.  Microsoft’s headset will compete with similar headsets announced by Oculus and Qualcomm that also use inside-out tracking without external sensors.
Meanwhile, I think that this headset will be used not only for Windows laptops but also for the Xbox Project Scorpio, a more powerful version of the Xbox One console, which Microsoft said would be capable of “hi-fidelity VR” 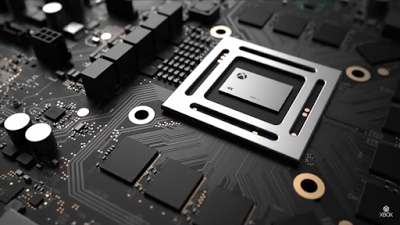 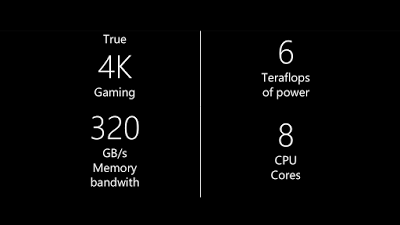 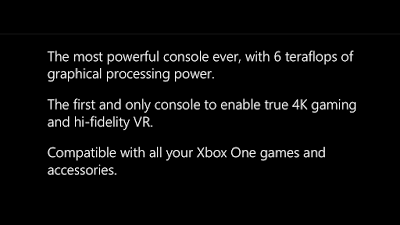 Prior to today’s announcement, there was speculation about whether Microsoft would partner up with Oculus or HTC to allow the Rift or Vive to run on Xbox Scorpio.  Oculus already includes an Xbox One controller with every Rift.  On the other hand, the only title that’s been announced for Project Scorpio is Fallout 4, a game that was announced for the HTC Vive.  With the announcement of the Microsoft VR headset, it’s all but certain that it will be used by Project Scorpio.
Project Scorpio is due “holiday 2017,” which again could mean that the VR headset may be available around that same time.
3D CREATION TOOLS
In keeping with the #MicrosoftEvent theme, Microsoft also announced tools for creating 3D content.  With the Creators Update to Windows 10, Paint will be revamped to Paint 3D, with 3D graphics capabilities.  Microsoft also demonstrated 3D scanning using a smartphone.  The user simply points the smartphone at an object and walks around it.  As the user walks around the object, the phone can construct a 3D model of the object.  For the demo, they used an HP Elite X3 Windows phone, but said that they would enable it for “any device.”  Putting this capability into everyone’s hands, plus the ability to create 3D graphics with Paint 3D, will make it easier to create content that can be shared and experienced with its VR headset.

Here are the announcements from the #MicrosoftEvent.