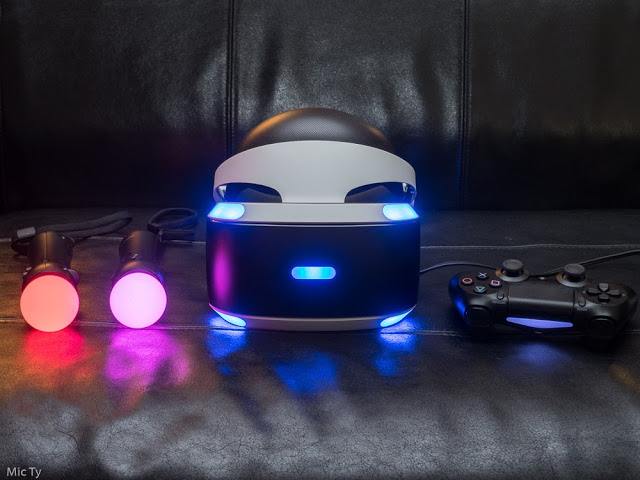 Today, Sony announced that the Playstation VR (reviewed here) would now be able to view 360 videos on YouTube, opening its vast library of 360 videos to its users.
Sony enabled 360 video support for the PSVR a couple of weeks after its launch.  However, users could not watch YouTube videos unless they first downloaded the 360 video to a USB drive then played the video on the drive with PSVR’s Media Player.

Sony announced that the YouTube app for the Playstation 4 will now include 360 support when using PSVR: 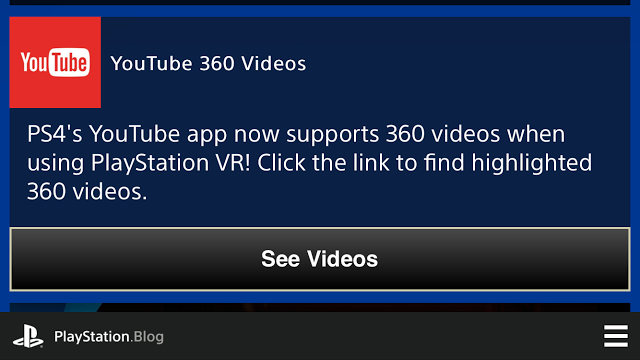 How to watch YouTube in 360 in Playstation VR:
1. Turn on both the PS4 and the PSVR (make sure the PSVR is properly connected).
2. Download the Youtube app (if you haven’t already).
3. While using PSVR, launch the YouTube app.  You’ll get the option to view it in Playstation VR.
4. Search for 360 videos and watch them.

The YouTube app allows the PSVR to watch 3D 360 videos as well.

This is an exciting development not only for PSVR owners, but also for 360 content creators because it will increase the audience for their 360 videos on YouTube.