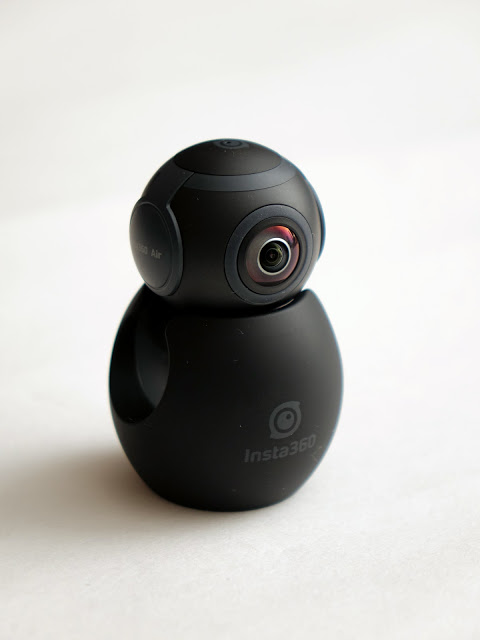 I haven’t had much time with my new Insta360 Air, but by special request, here are a couple of sample photos and a sample video.  Please note I was using only the prerelease version of the Insta360 Air app.  When the app is released, it will have improvements.

The photos and videos were shared via Twitter.  When you do that from the app, they are uploaded to Insta360’s servers and then a Tweet is created for you (you just have to press “Tweet”).  To share them on this page, I went to the Insta360 sharing pages and used the embed code from there.  There are other sharing options from the app such as Facebook and YouTube, but this is the option I chose this time around.


And here’s a sample photo indoors (still showing the busy crowd at In-N-Out.  Did I mention it was already 2pm?):

And here’s a sample video:


The video appears to be only 720p.  I don’t know if that’s because I was uploading from a mobile connection, or because of a sharing limit on Insta360 servers.  I’ll post it again on YouTube when I get home.