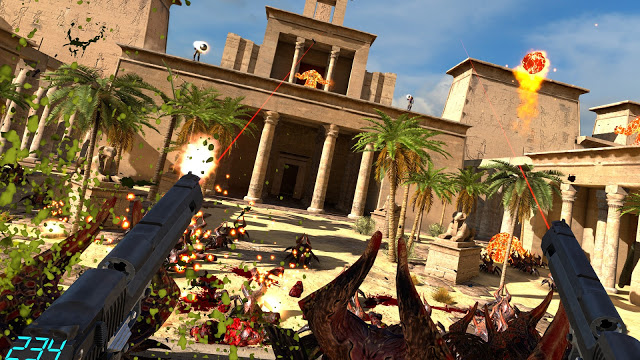 Serious Sam VR is now available on Steam, and for a limited time, it’s 20% off!

There are many VR wave shooters but few are as polished as Croteam’s highly anticipated Serious Sam VR.

Serious Sam VR is now available on Steam for the HTC Vive, and for a limited time, there’s a 20% discount!  Serious Sam VR will also be available for Oculus Rift when the Oculus Touch is released on December 6.

Incidentally, Facebook and Oculus had offered a financial incentive to Croteam to make Serious Sam VR exclusive to the Oculus Rift.  Fortunately, Croteam declined the offer so that more of its fans could enjoy the game.