LiveScale.tv is a new service that enables you to live stream (in 360 or non-360) to up to 8 social accounts simultaneously, and it makes it so easy to do it.

Here is the dialogue box for creating a channel.  It’s so simple and easy!  In fact, you can create a channel (i.e., the stream) on your phone using a smartphone browser. 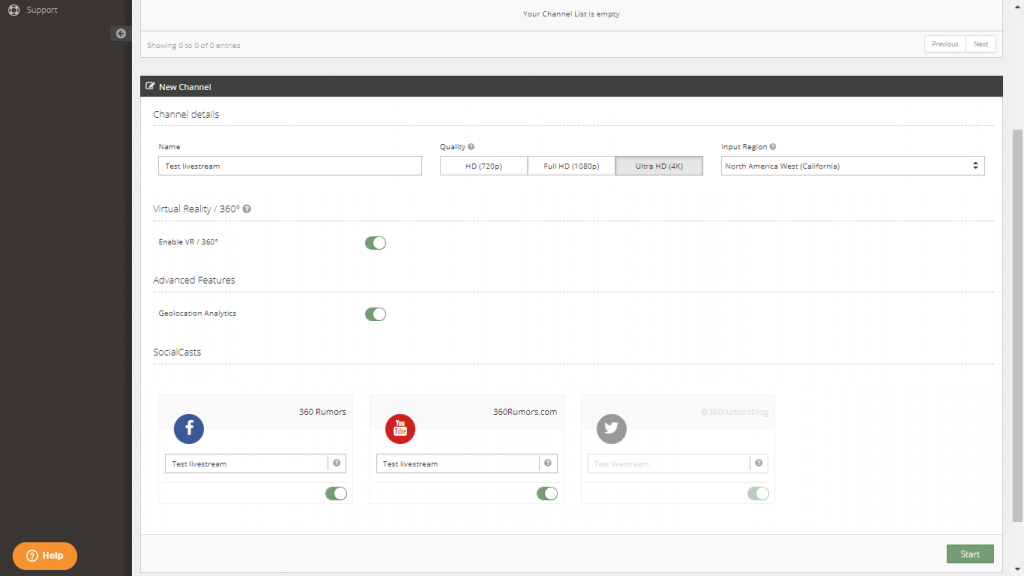 Right now, LiveScale has built-in support for Facebook, Youtube, Twitter, Periscope, and Twitch.  In the future, they will add Instagram and Snapchat.  You can also add any other service that uses RTMP — you simply need to put the server URL and stream key for that service.  For the other services natively supported by LiveScale, you don’t need to put in the server URL or stream key — you only need to link LiveScale to your social network account. 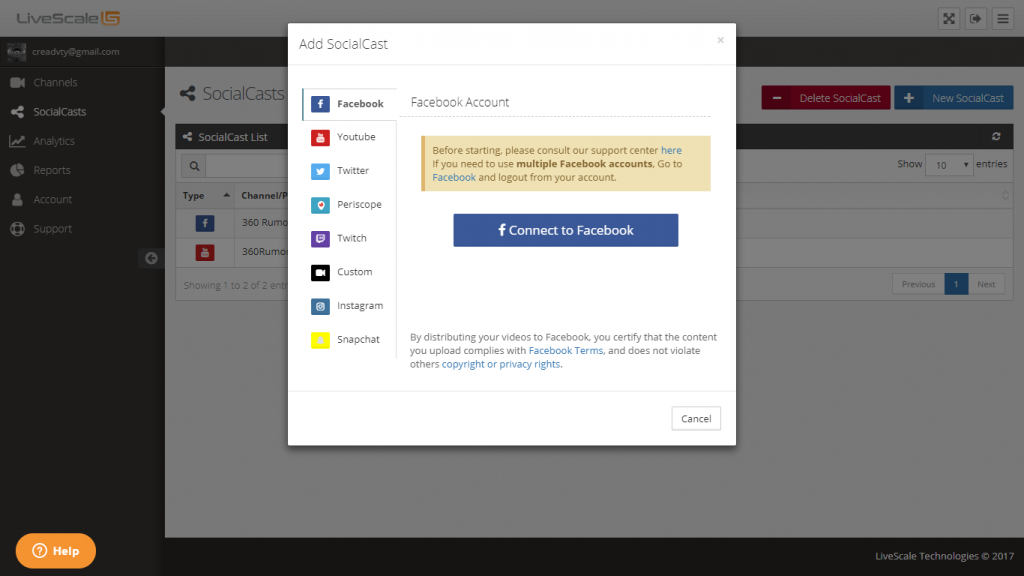 I tried out LiveScale last Saturday using the Insta360 Pro (reviewed here).  I was able to live stream to YouTube and Facebook simultaneously!  It was so easy and intuitive, and it worked the very first time I tried it (even though I’m not an expert on streaming — at least not yet 🙂 ).

Please note 4K streaming on Facebook hasn’t been fully implemented yet, hence the lower resolution of the Facebook stream, but it should be added in a few weeks.