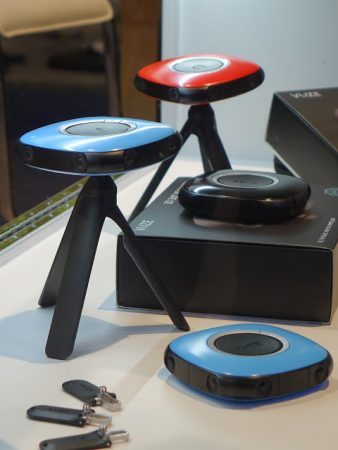 Here is an update on Vuze, the first affordable 4K 3D 360 camera:
– Vuze was featured on a major TV network news show,
– there’s a video tutorial showing how to shoot with the Vuze;
– there’s e new video showing the workflow; and
– there are some new Vuze samples.

Vuze is the first affordable 4K 3D 360 camera, and I’ve been waiting for it since February of last year. So far, I’m pleased with it, although it needs more careful shooting than 2D 360 video.

Humaneyes is still very busy trying to fulfill all the preorders.  Meanwhile, here are some news on Vuze.  First, Vuze was featured on a major network — on Kathy Ireland’s Worldwide Business show on Fox TV.  Check out the feature:

I thought the video was cool and it’s always nice to see 360 photos and videos being mentioned in media to raise public awareness.

Humaneyes also posted new tutorials to help users: one for shooting, and another for processing.  Here’s the video about shooting tips (shot on the Vuze, no less):


After you shoot your videos, you’ll need to process them.  Here’s a new tutorial on best practices for rendering Vuze videos:


Here are more sample videos from the Vuze:


Here is a 2D sample from Wiebe de Jager, about traditional windmills in the Netherlands:


Vuze is available at B&H Photo (with free expedited shipping; shipping on June 21), or directly from Humaneyes (they’re backordered)..