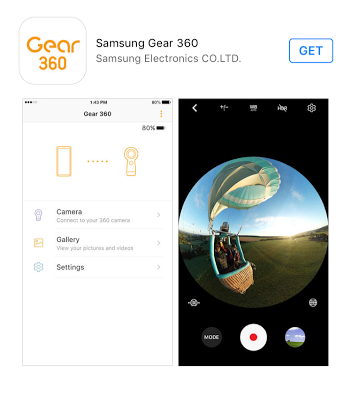 The release version of the app for the 2017 Gear 360 (first impressions here) is now live for both Android and iOS.

ANDROID
The Android version appears identical to the prerelease version except that there is a new sample photo.  I could not test live streaming because it requires Android 7 (Nougat) and I only have Android 6.

On iPhone SE, the app seems to behave normally until I try to connect the Gear 360 to it. Then it will freeze (it will be unresponsive) and eventually the app will just close.  I tried this several times but I was not able to use the Gear 360 with the iPhone SE.

Strangely, on the iPhone 6, the app does work.  I did get a warning saying some features don’t work on my phone. 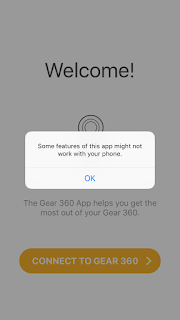 Here are some of the iOS limitations on the iPhone 6, which again, is not listed as compatible. A compatible iPhone probably has more capabilities. 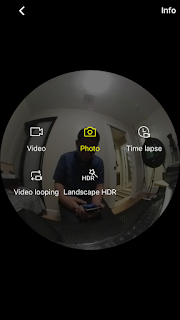 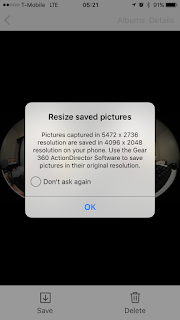 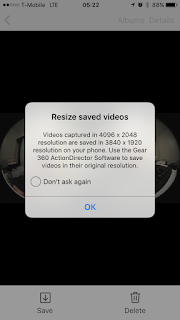 I will try again with the iPhone SE.  Hopefully it works…

Thank you very much to axel and SpecialK66 for letting me know about the release version of the app!