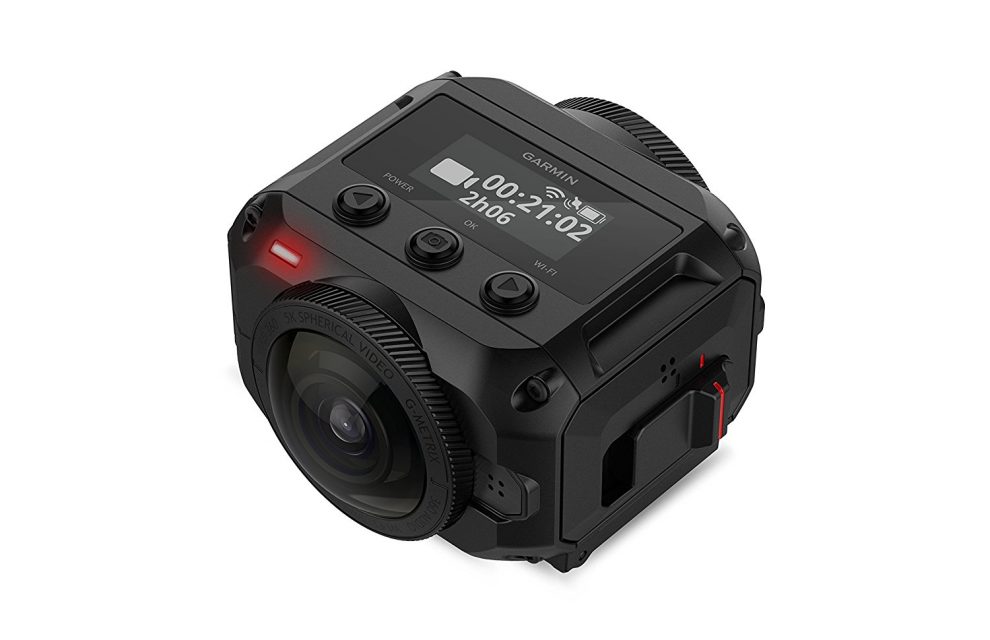 The new Garmin Virb 360 is now available for preorder on Amazon or B&H Photo.  But before you preorder it, here are some things you ought to know:

1.  You can only get 5.7K video if you stitch the video with expensive third party desktop software such as Autopano or Video Stitch.  (According to DC Rainmaker, the Virb 360’s desktop software, Virb Edit, will be updated “in the near future” to allow stitching of the 5.7K files.)

Regardless of whether you use third party software or a future version of Virb Edit, stitching 5.7K is a time-consuming process.  Stitching 5.7K video will take a while, depending on your desktop processor and your RAM (expect it to take hours for around 30 minutes of footage).

2. Since Virb has no desktop software for stitching 5.7K video yet, the buttery smooth stitching you see in Garmin’s 5.7K videos appear to be stitched using third party apps.  There’s no guarantee that you can get that same quality of stitching if ever Virb Edit is updated to allow stitching of 5.7K files.

3.  YouTube currently can’t play back 5.7K video smoothly.  You can try with Garmin’s 5.7K 360 video samples.  You’ll notice that the video will not be smooth.  (Note: this is true for all videos above 4K on YouTube, so this is not Garmin’s fault).

6.  We haven’t seen underwater videos yet.  Yes the Virb360 can go underwater up to 10 meters without a housing.  However, when shooting underwater, the refraction of the water reduces the field of view of lenses.  Therefore it is not likely that the Virb360 will be able to have smoothly-stitched 360 videos underwater.

7. It has a replaceable lens but the specs don’t say it is shock proof.

8. The battery life is only 1 hour 5 minutes.  (But the battery is removable and you can get spare ones).

9.  The 5.7K videos will take up a lot of space on your memory card, phone and/or hard drive.

Notwithstanding these caveats, I ordered the Virb 360, primarily because I was impressed with the stitching (even on the 4k samples) and the different stabilization modes available.  The Garmin Virb 360 is available for preorder on Amazon or B&H Photo.