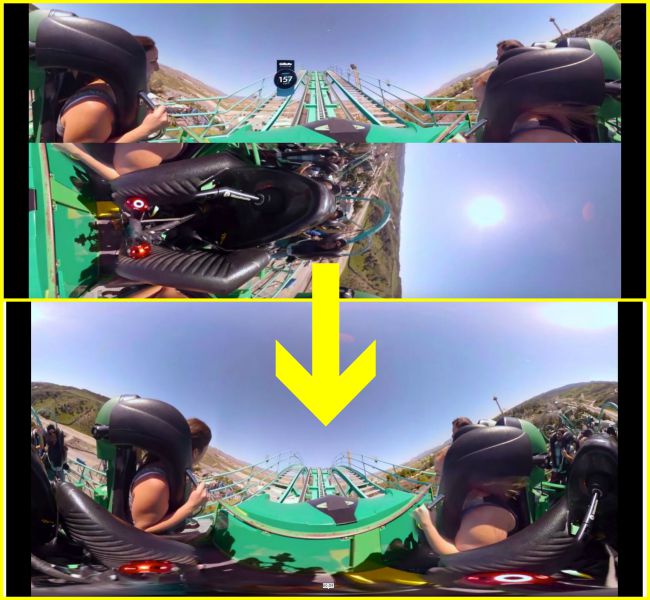 Equiangular cubemap is a projection developed by Google for 360 photos and videos that is more efficient than the standard equirectangular projection, which is why it is used by YouTube and incidentally, it is also used by the GoPro MAX (reviewed here).  However, equiangular cubemap format is not yet widely supported.  (As of February 2020, it can be played in After Effects and GoPro VR Player.)

360 Tips and Tricks posted a video tutorial that shows how to download 360 videos from YouTube in standard equirectangular format, which is supported by almost all 360 video players:

Please note also that I have not tested the software that 360 Tips and Tricks used.  I don’t know if it has malware or any issues.  Use the software at your own risk.