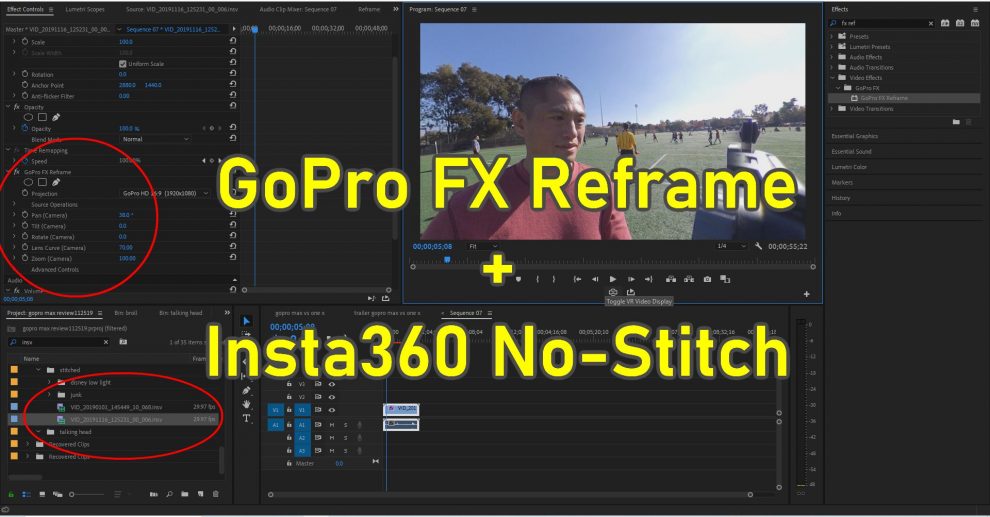 GoPro FX Reframe has been updated and now works with the Insta360 No-Stitch Plugin for Premiere and After Effects.

GoPro FX Reframe is the powerful yet free reframing effect for Adobe Premiere and After Effects.  It was similar to GoPro VR Reframe, but added many new capabilities, especially the ability to change or negate lens distortion.  Unfortunately, it had been incompatible with the Insta360 Plugin, which enabled users to edit Insta360 camera files directly into Premiere without having to stitch them beforehand.