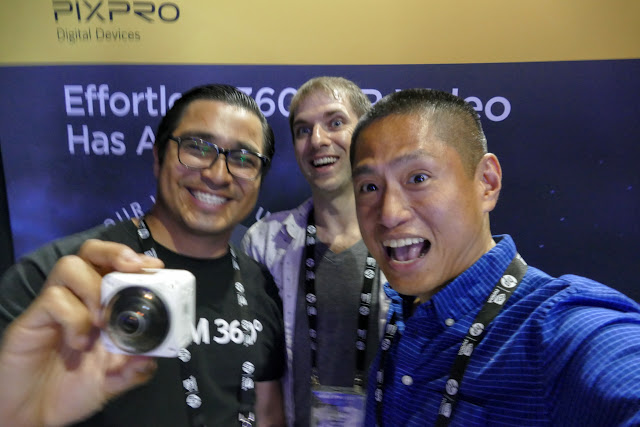 I saw the Orbit360 at VRLA and got some additional info.  There’s good news and bad news. 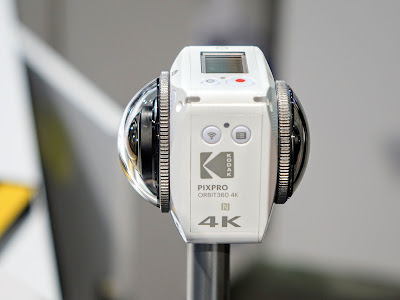 Yes the Orbit360 is at VRLA.  Here it is next to the Keymission 360.  It’s smaller and much lighter than I expected. 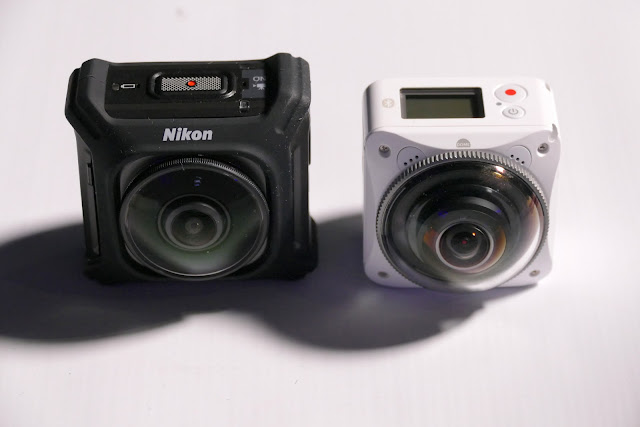 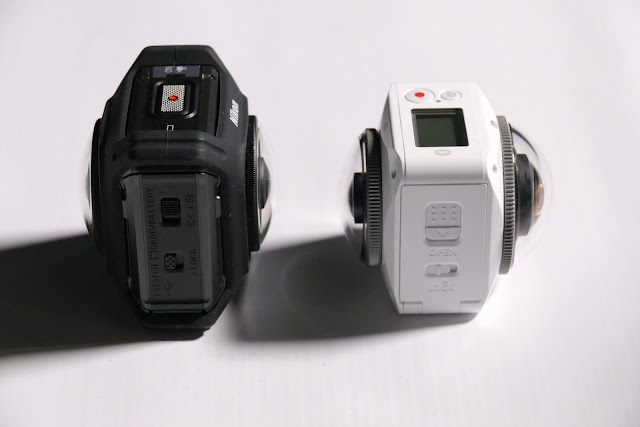 I was able to get a little more information about the Orbit360.  Like I said, there’s good news and bad news.  First, the bad news.  NAB is a little more than a week from today, but the Kodak Pixpro website still hasn’t opened preorders, so it’s not likely that it will be shipping at NAB or, indeed, anytime in the next couple of weeks.

Are you done groaning?  OK, now for the good news.

As for the Orbit, according to a Kodak insider and a couple of beta testers I spoke with, the Orbit360 looks better than the Kodak SP360 4k Dual Pro.  This finding is consistent with what we saw from the samples of the Orbit 360 that I found.

If that’s true then it’s likely that Orbit360 will have better video quality than the 2017 Gear 360.  Even if we assume that the Kodak Orbit360 is at least as good as the SP360 4K (but with the convenience of an all-in-one 360 camera), there’s a very good chance it will offer the highest video quality for 360 consumer cameras.

Second, according to this Kodak source, samples from the Orbit360 will indeed be coming soon, in a matter of a few weeks.  YES finally! 😀  Then you can see for yourself how good the Orbit360’s quality is.

Third, I will probably be able to get a special discount for you guys!  So, how’s that for good news? 😀

So to recap, we shouldn’t expect the Orbit360 anytime soon.  We’re more likely to see it in summer (that’s my guess – of course, I could be wrong).  But if you want the highest image quality among this year’s consumer 360 cameras, then I think the Orbit360 will have it.  We will find out in a few weeks when the samples become available.

2017 Gear 360 Manager app now live for both Android and iOS! Here are the limits I’ve found.
Demo of the most affordable and portable stabilized gimbal for 360 videos
Comment