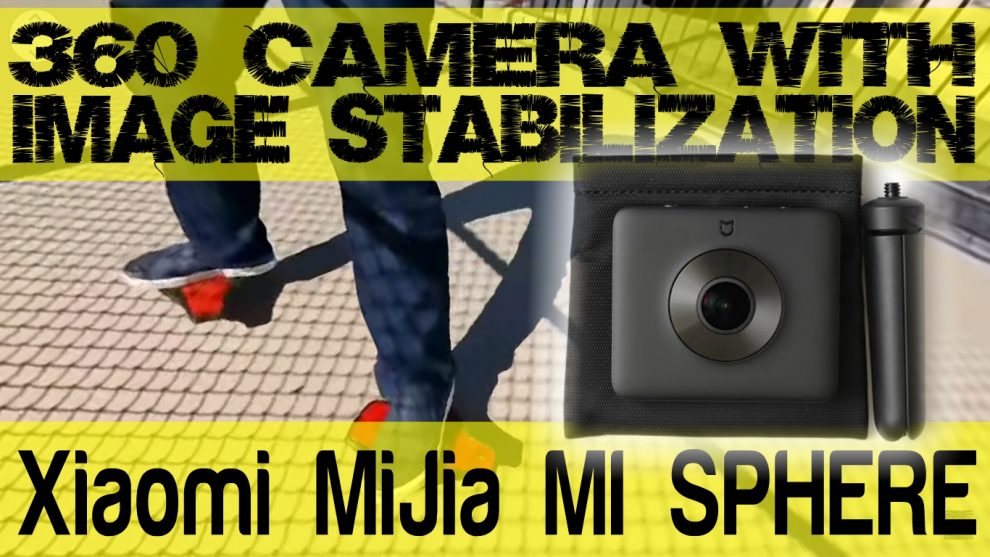 Xiaomi updated their app to fix a few things, including enabling users to export gyro-stabilized 360 videos from the Mi Sphere 360 camera!  Check out the video!

I’ve had the Xiaomi Mijia Mi Sphere 3.5K and the camera itself is amazing.  The photo and video quality are impressive (see here for photo comparison, and see here for video comparison). 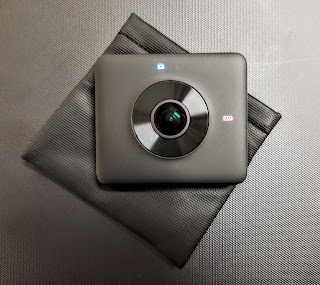 The only problem was the Mi Sphere’s app.  The Mi Sphere app can connect to the Mi Sphere easily and I can control the camera, see the live preview, etc.  The issue is the stitching and export of videos.  In short, I wasn’t able to export stabilized 360 video on previous versions of the Mi Sphere app.

I also noticed that there was image stabilization, but somehow, exported videos were not stabilized.

I pleaded with my GearBest contact person to talk to Xiaomi to fix the app of an otherwise amazing camera.  I don’t know if it’s because of that, but last Saturday, Xiaomi released an app update (1.6.4.12888) that did fix the exporting.  Moreover, the exported video now included image stabilization!

With that update, the Xiaomi Mijia Mi Sphere now becomes the first 360 camera for consumers with built-in image stabilization.  (Insta360 Nano and Insta360 Air have image stabilization but they require the phone’s gyro and must be attached to the phone.)

What an incredible feature! 😀

ADVANTAGES
Having image stabilization built into the camera has many advantages over a stabilized gimbal for 360 cameras:
– No additional cost: 360 gimbals cost $300 to $350.  On the Xiaomi, stabilization comes included with the camera.
– Nothing to carry: 360 gimbals can be bulky to carry and take up quite a bit of space in your camera bag.  With the Xiaomi, there’s nothing extra to carry.
– Nothing to charge: 360 gimbals have long-lasting batteries but they need to be charged nonetheless.  On the Xiaomi, there’s nothing extra that you need to charge to get the stabilization feature.
– No obstruction: 360 gimbals have limits to the way you can move the camera to avoid bumping the counterweight or support arm with the handle.  With the Xiaomi, there’s nothing to bump and you have total freedom of movement.
– No additional weight.   Current 360 gimbals have counterweights and after a couple of minutes holding the gimbal, you’ll feel the weight, especially if you’re using the gimbal with a monopod.  The Xiaomi Mi Sphere is very light and easy to carry for long periods of time.
– No setup time.  To use a 360 camera on a gimbal, you at least need to attach the camera to the gimbal, which can take at least a couple of minutes.  If you’re switching between cameras, the gimbal will have to be re-balanced.  By contrast, the Xiaomi is ready to shoot anytime.
– Nothing visible.  Perhaps the most significant advantage for 360 content producers is that the Xiaomi’s stabilization is totally invisible to the camera.  If you forgo a ballhead and simply attach the Xiaomi in line with the selfie stick or monopod, the Xiaomi and selfie stick will disappear from the camera’s view! (except for their shadow).

LIMITS
These are significant advantages for any 360 shooter, whether casual or professional.  However, as I mentioned in the video, there are several limits with the Xiaomi’s stabilization:

1. It seems that a few (around 1 in 10) videos will not have stabilization (the gyro option doesn’t appear) when viewing the video in the app.  I don’t know if this is fixable.
2. When gyro stabilization is turned on, the horizon rolls to the right gradually (compare 4:00 of the video with around 4:30 of the video) up to around 30 degrees.  I don’t know if this is a defect in my unit or in all cameras, or in the app. –> UPDATE: I tested this at my workplace, and there was no gyro error. My hypothesis is that the gyros were being affected by the powerlines near our house.
3. I can’t seem to export non-stabilized 360 video in this version of the app.
4. Exporting video with gyro stabilization requires Android app version 1.6.4.12888 or higher.
5. Most significantly, I’ve only been able to export stabilized video using a Samsung S7* or S8. On other phones I tried, I can see the stabilization in the app, but I haven’t been able to do it yet on a Samsung S6, iPhone 6, or iPhone SE.
*I don’t have an S7 but I sent unstitched files from the Xiaomi to my friend and tech vlogger Pepe Vazquez, who confirmed that he was able to get full resolution stabilized video from them.

There are third party apps that can be used to stitch Xiaomi videos in full resolution — Muvee for Mac OS, Video Stitch, and Mettle Skybox plug-in are some of them (Autopano Video likely can, too).  However, I don’t think the videos will be stabilized (I could be wrong).